Dispatches from the Lizard Brain

Dispatches from the Lizard Brain is a facsimile edition of the descriptive bibliography of Carolee Campbell’s Ninja Press published earlier this year. It consists of bibliographic descriptions by Nina Schneider; a companion autobiographical text by Carolee Campbell; a foreword by Harry Reese; photographs of Campbell’s books, broadsides, and studio by Annie Schlechter; and an afterword by Russell Maret. The original letterpress edition contained multiple tip-ins of original book pages, prospectuses, broadsides, paper samples, and an original cyanotype print by Campbell. Due to the scarcity of tip-ins available, the edition was limited to seventy-seven copies, all of which promptly sold out prior to publication. Thanks to the remarkably high-resolution photography of 42–Line, this facsimile edition comes as close to possible as feeling like the original book.

The story of Campbell’s life is as captivating as her work. As Harry Reese describes in the foreword:

Imagine this movie: A self-possessed teenager in Los Angeles, brought up by a grandmother because of her mother’s infirmities and her father’s alcoholism, flees to New York City after high school to pursue a dream. Working first as a hatcheck girl in a famous nightclub, and then waiting tables in Mafia restaurants, she reinvents her life from the inside-out in classes taught by elite drama teachers and is offered a bit part on daytime television. Avoiding temptation and putting everything at risk again, she evolves into a television star and eventually a soap opera queen. Meanwhile, she exhibits photographs in New York galleries, practices Japanese martial arts, and competes with her team in Japan. She wins an Emmy for a dramatic role, but abruptly quits acting, returns to California, and takes up whitewater rafting in the Southwest. Nearly fifty, she turns her back on every success she ever knew to start all over again as an entry-level art student in a program she has to explain. Twenty years later, she gains recognition as one of the most accomplished, distinctive, and influential printer-publishers of her generation.

Dispatches from the Lizard Brain brings this remarkable story to life, while documenting the broad scope of Campbell’s work and process along the way. The book was designed by Russell Maret and printed and sewn into wrappers by Puritan Press. Fifty copies are numbered and include two pieces printed by Carolee Campbell. 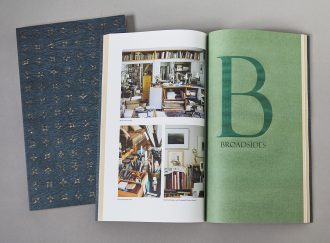 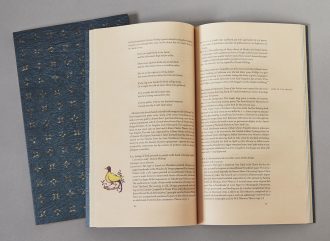 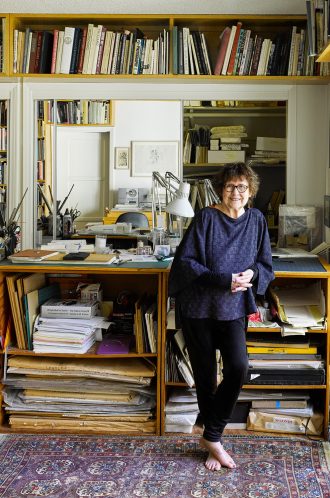